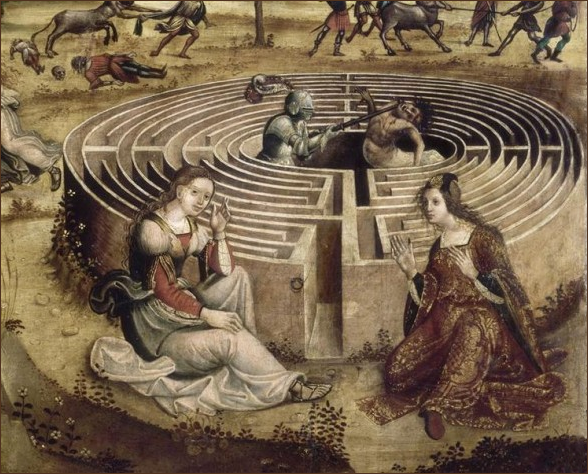 It is well recognised that the myths and heroes of old, including ancient tales of ‘the gods,’ were invariably created to encode astronomical information. Those containing numbers usually possessing highly sophisticated solutions, regardless of the pantheon in question e.g. Egyptian or Greek gods. What thus might seem to be rather innocuous or crude myths or legends are oftentimes instructions for deriving real world physical/celestial values e.g. the dimensions of the Earth, or the orbital periods of the known planets. Moreover, in some cases the values encoded are of such precision that they rival those established through use of modern-day scientific equipment!

Here then one may consider some of the most important ancient myths encoding advanced esoteric knowledge. In this case myth examples primarily involving the Greek and Egyptian gods, initially focused upon the transformation of both the orbit and physical form of the Earth.


A brief outline of the ancient Egyptian creation myth, and of how in the distant past the orbit of the Earth transitioned from 360 to 365 days per year. A very real event to be sure; actively encoded in a mythical/ allegorical story involving a game of draughts between the wisdom god Thoth, and the moon god Khonsu. Within the story many important numerical values are present, linked not just to the Earth’s orbit but also that of the Moon.


An exacting mathematical proof of a special connection between the length of the Earth year and the Moon synodic month. Decisive confirmation of the fact that when the Earth once had a 360-day year, the moon itself simultaneously possessed a precise 30-day month. Total validation of the ancient Egyptian calendar, as based upon these two ‘ideal’ celestial cycles existent in the distant past.


An additional proof connecting the length of the Earth year to the physical equator of the planet. Here it is shown that under a 360-day year the Earth was slightly smaller in circumference. A precise mathematical law offering decisive confirmation of this fact, also establishing the natural supremacy of British Imperial units of measure. Herein revealing that they were ultimately established in harmony not with the Earth’s current equator, but with that accompanying an ideal 360-day year.


A description of the Moon’s lunar phases and the Metonic cycle. In this case, the lunar phases are based upon the synodic moon month, which is itself linked to successive conjunctions between the moon and the sun. The Metonic cycle is the recurring cycle of synchronisation between the synodic month and the Earth year. A time measure very close to 6940 days, or 19 years.


The story of Zipacna and 400 boys. One of the more notable myth examples from the ancient Maya proving their advanced knowledge of the heavens. In this case taken from the Popol Vuh – the “Mayan Bible.” Being a compilation of their most important mythical stories. Correctly decoded, the story of Zipacna reveals just how the Maya derived an accurate Earth tropical year value, and also the time interval between successive Earth-Mercury conjunctions. A very profound solution to be sure.