The Outer Darkness: The Ultimate Region Of Torment 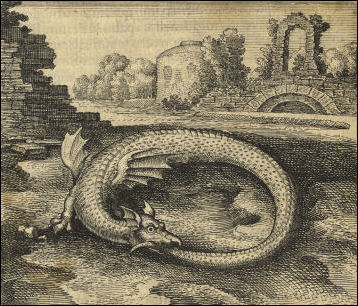 Just what is The Outer Darkness? The domain commonly referred to as hell, wherein the souls of those who have transgressed natural law reside, after having died unrepentant with all their ‘sins on their heads.’ In the esoteric literature this domain is symbolised by a Dragon whose tail is in its mouth. Now herein lies a great mystery, for the Dragon is a symbol requiring a solution. A puzzle that requires a special key. Those that solve the mystery of The Outer Darkness are privileged to receive an exceptional understanding of natural law governing morality and sin, as will aid in the purification of the soul. Such occult knowledge will lead one to stay on that narrow path and not deviate to the wider course, wherein lies the road to perdition.

The Mystery of The Outer Darkness

In this series of essays I present an advanced understanding of the occult significance of the Dragon, wherein the physical configuration that defines this region of torment is revealed:


1. The Great Dragon Swallowing its Own Tail

A general description of The Outer Darkness based upon the esoteric text known as the Pistis Sophia. Herein the region is fully described in terms of the rulers that govern it, including its place within the overall celestial hierarchy that extends from the Godhead.

One of the greatest men of the 20th century, Walter Russell reveals the physics of the formation of the elements. His work in this era offers the solution as to why the Dragon swallowing its own tail is the symbol of Hell. The mystery of resonance as it applies to this region is also revealed, including just how souls are captured by the dragon upon death.


An evaluation of key passages in the Bible (Revelation 12) concerning the Great Red Dragon appearing in the sky, along with a woman clothed with stars. Both the Dragon and Woman are identified as the Sun and the Moon, respectively. A solution given to this effect based upon certain celestial relations detailed in the book of Revelation.

A closer look at the greatest crimes that man may commit as would lead his soul to be condemned to Hell. This is based upon the selection of sins listed in the Pistis Sophia. The true nature of morality is revealed here, based upon the science of medicine as it pertains to the subtle light bodies of man, bound to the gross external material body.

The mystery of the 12 rulers of the Dragon is herein revealed. The significance of their names and of their invocation. The resonant patterns that define their character is also discussed, including the solution to the parable in the Bible concerning the “Mamōn of unrighteousness,” and the importance of making it one's friend.