The Outer Darkness - The 7 Deadly Sins 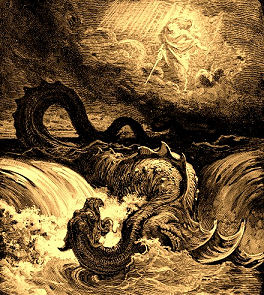 The 7 deadly sins are a contamination of the body, both at the physical and spiritual level; a poison running so deep within, that a soul so affected cannot escape the Dragon of The Outer Darkness. Therein is the final resting place for such souls; in receipt of the second death.

Now previously, the ‘energy dynamic’ of The Outer Darkness was laid bare in the strictest physical sense: The failure to achieve a balanced connection to the Mind Source in the primary electrical circuit that manifests matter, leading to an abnormal circular pattern being established.

How might one extend this basic point though to a consideration of the human body as a whole? Indeed, just what exactly is the ‘energy dynamic’ of the deadly sins themselves, as may affect the body of man in totality?

The 7 Deadly Sins that Lead to The Dragon

From the Pistis Sophia (Chapter 127) one may consider a list of the souls worthy of The Outer Darkness, which indeed is revealing of the nature of the deadly sins they have committed:


Now certainly the 7 deadly sins as listed here do differ somewhat from the orthodox list as detailed in the Catechism of the Catholic Church. Yet herein this list would appear to be more authentic.

From a perusal of the list one may be inclined to categorise the 7 deadly sins in terms of ‘crimes of thought’ and ‘crimes of action.’ Of course to get to grips with the reality of these sins as being true afflictions of the soul, one needs to grasp something absolutely vital: The essential nature of morality.

The Science of the Health of the Soul

Perhaps the greatest and most tragic mistake made by religious people today is to think that the essence of morality is to be derived from a philosophical study of ethics. Indeed, this failure practically plays into the hands even of those that one might call ‘professional atheists/scientists.’

Truly the moral philosophy of ethics is barren. It is a wasteland of irrelevance. Such systematising, defending, and recommending concepts of right and wrong conduct in particular circumstances entirely misses the point. One will never grasp why the sins of men are harmful to men within a philosophical discourse. The reason is because within such a framework sin is considered to be merely an artificial construct; in essence just a label assigned to behaviour. It is not considered to be ‘real.’ But this indeed is exactly what it is!

Morality as a discipline must be understood as exactly identical to medicine.

This point is absolutely critical, for sin truly is a very real phenomenon. Its presence within man is that of an abnormal energetic pattern disrupting one's body. In consequence, it is therefore capable of being physically identified and isolated. Indeed, this is necessary in order that one may actually purge oneself of sin.

In essence, sin acts like a poison, and most certainly not a ‘philosophical concept.’ Only with this realisation is one able to come to grips with the true nature of the 7 deadly sins, and of how they contaminate the soul.

The Light Bodies of Man

Within the esoteric tradition, it is well noted that human beings have many ‘layers’ to their physical body. Indeed, the outermost layer composed of gross matter, which is readily perceived by the senses, is merely one of a nested set. Connected to it are a series of still other bodies composed of higher ‘light frequencies.’ Moreover, critical thresholds exist between each of the various subtle energetic bodies that compose man.

In consideration of the immense organisation of the myriad number of electrical pulses that characterise the body of man and the quality of his being, one must note then that the nested set of all of his light layers ‘pierce through many veils.’

And through his actions or thoughts, man can contaminate his various layers.

Now certainly it is easy to perceive and even feel the ill effects of the gross physical body. In general such is caused by the actions of man. By contrast, the thoughts of man operate on frequency cycles that are closely related to those of the higher light layers that are essentially invisible to the ordinary five senses.

Just as a person might damage their physical body through improper actions, they can also damage their higher light bodies through improper thoughts. The latter does not become readily apparent however except upon death when the gross material body is stripped from man. What remains then, is the energetic configuration of the next most subtle light body of man; the new ‘outer garment’ of man.

The quality of the body at this moment reveals the true condition of man; the very state of his soul. If it is healthy and of a balanced energetic light configuration, the soul will fly off to the realms of purity. It will rise up to the level of the mysteries that it has attained. If on the other hand many transgressions were committed by the soul in life – even though not recognised as transgressions at the time – the energetic configuration of the soul will be corrupt. It will seek the (abnormal) light pressure potential that will take it to a region of torment.

In extremis, wherein the soul has committed any of the 7 deadly sins, it will enter into the very Dragon of The Outer Darkness itself.

Next: A List Of Demon Names - The Rulers of The Dragon