Signs of the End Times – How will the World End?

As all students of the esoteric will readily appreciate, there is no ultimate ‘end of the world’ event as such, but rather a series of recurring global disasters that periodically strike the Earth. Such being primarily caused by a special class of planetary alignments. Rare celestial patterns which trigger a whole host of exotic phenomena in the heavens - the signs of the end times that effectively accompany major earthbound devastation.

Some of the most prominent effects are as follows: 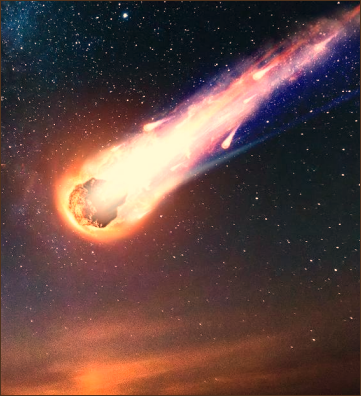 In reviewing the geophysical record, there is a great body of scientific evidence confirming that all of the above listed have occurred multiple times over the last 12,000 years – the most recent geological period.

That this is so is not controversial in and of itself. Where the controversy begins however is when one considers that the above effects / phenomena, are also detailed in various religious and mythological works e.g. Christian eschatological writings or the myths of ancient Greece.

In this regard, conventional wisdom holds that such references are merely allegorical. That the flood myths of old or signs of the end times should not be taken literally, or in any sense thought to be grounded in real history. Even so, one cannot ignore the astronomical-calendrical traditions of the ancients, some of which were highly sophisticated.

Whether one is referencing ancient Western man or various indigenous tribes, the evidence is all there if one dares to look objectively, that they all possessed a secret doctrine concerning periodic global upheaval, strongly linked to the rise and fall of civilisations.

From the works of antiquity of such as Berossos the Chaldean, Manetho the Egyptian, or the Mayan people of the Americas, it is quite clear that they all seemed to be aware of certain special numerological intervals of time that separated sudden global disaster. Indeed, they seemed to be fully cognisant of the fact that the threat came from the heavens, and that planetary alignments were the key to triggering violent earth changes.

Consequently, the calendar systems of the ancients played a pivotal role in periodically forecasting the so called ‘end of the world.’ Such systems being at the heart of their secret knowledge.

The Signs of the End Times & World Age Cycles

In doing so one is able to deduce the precise conjunction patterns that have systematically triggered all of the great earth changes over recent history, including those that will be responsible for future disasters. Herein then I present a series of essays that delve deep into the end times traditions of the past, carefully reconstructing this esoteric knowledge for the discerning minds of the present age:


A review of the scientific evidence confirming that the Earth has suffered major global upheaval many times throughout the past 12000 years. The precise dates of disaster are pinpointed using evidence from the Earth’s geophysical record, including first-hand written accounts from eye witnesses to the events.


From the above data, it is shown that the greatest and most destructive earth changes correlate to a very specific celestial pattern: A galactic alignment near the Ophiuchus constellation involving Mars, Venus, the Sun and Mercury, with the Earth separately aligned with the Sun and the Pleiades star group.


3. Celestial Upheaval at the End of a World Age Cycle


A review of the esoteric literature concerning planetary alignments alongside certain modern concepts in physics. Here it is shown just how conjunctions are able to trigger exotic heavenly effects i.e. the signs of the end times including earthbound destruction. In this instance celestial resonance is shown to be the key component at work.


4. The Mayan-Aztec Calendars: A Countdown to Destruction


A reconstruction of the Mayan Long Count Calendar, clearly demonstrating that it was established specifically to track time with respect to the above noted ‘galactic-Pleiades’ configuration. That it was in essence a countdown mechanism to forecast ‘end times’ disasters centuries or millennia in advance.


In addition to the main destructive planetary alignment, there are a whole host of variant alignments oftentimes no less powerful. The great flood of Noah is one such example. In confirming the timing of the event per Bishop Ussher’s Bible chronology, the precise date of the disaster is isolated, including the specific conjunction pattern responsible for triggering it.