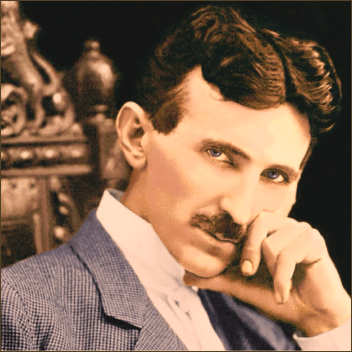 The life and times of the great Nikola Tesla. A genius for all seasons and a man out of time. In the following articles, I reproduce a series of excerpts from my book Occult Physics, as taken from Chapter 15: Nikola Tesla (1956 – 1943 AD) – Wireless Technology & Energy Pioneer.

They begin with a brief introduction to the man himself. Where he came from, including his education and training.

Following this, I then give details about two of his most important research projects. The first being his Colorado Springs Laboratory, established in 1899, wherein he conducted some of his most ground breaking research.

The next being his 1901 Wardenclyffe tower venture. An electrical power station personally designed by Tesla and built with funding from J. P. Morgan. A project fantastically derailed by a whole series of unfortunate events. Practically the plot of a Hollywood movie.

In four parts, one will come to understand not just Nikola Tesla himself, but the key theories that he developed regarding the wireless transmission of power, as so greatly differed from those of his contemporaries. Most notably Heinrich Hertz.