In the realm of electrical engineering, Nikola Tesla outranks all others as the greatest pioneer of the field. During his lifetime his discoveries and inventions changed the world more dramatically than those of any other individual of his time, bringing power to the people as never before. Singularly responsible for the discovery of Alternating Current, the work of Tesla was and still is the basis for the modern power grids of the world. Yet this was just one of his many discoveries though. A prolific worker, the number of patents to his name is quite extensive: almost 300 worldwide. Some of the most prominent areas include the AC Motor, radio controlled technology, radio communications, and also the wireless transmission of power. It was the latter capability in particular that was the focus of much of Tesla’s work. 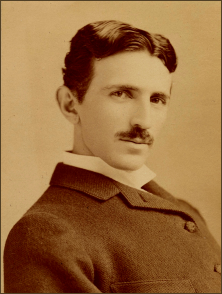 His desire to be able to generate and transmit power on a worldwide scale to benefit humanity guided some of his greatest experiments. And yet what is so incredible today is that for all his work and impact upon civilisation, he is practically a forgotten man of history. He came from obscurity, rose to an immense height, and then disappeared into obscurity once more, dying penniless and alone in a hotel room in New York City; the United States of America, in 1943.

Now quite a number of biographies of Tesla have been written over the past years detailing his life and achievements, and one may certainly consult such works to obtain more information. Here though, just a brief introduction will suffice, simply in order to target a very specific time in Tesla’s life when he conducted some of his most crucial experiments in wireless telegraphy and power transmission – work highly relevant to this present discourse.

The time period in question is between 1899 & 1906, following his success in establishing the supremacy of Alternating Current (AC) over Direct Current (DC), a rival system of power distribution devised and favoured by his one-time employer, Thomas Edison.

Now certainly, Tesla actually caught his first big break by securing work with Edison, upon arriving in the United States from Europe in 1884. Indeed, he was not born himself in the US, but in Smiljan, Croatia (10 July 1856); then a part of the Austro-Hungarian Empire.

The Rise of Nikola Tesla

The journey Tesla took from his native country to the United States of America and to the fame and fortune he ultimately obtained was by stages. Completing his studies as a young man in math and physics at the Technical University of Graz, and philosophy at the University of Prague, Tesla began his career as an electrical engineer working in Budapest in 1881. Possessing a veritable fascination for electricity coupled with a natural talent for invention, Tesla was able to develop new and revolutionary designs for a variety of electrical devices. He could not however spark the interest of European backers. And this ultimately is what led him to emigrate to the USA, securing a position working directly with Edison.

Now as far as Edison was concerned, Direct Current was ‘the future’ in terms of bringing power to the people via an established national energy grid network. However, it had a very serious problem. The electricity itself as carried over the wires suffered dramatic losses over just a few miles. Special electrical ‘pumping units’ had to be built as part of the network to transport the power over large distances. In contrast, Alternating Current, as developed by Tesla, could transmit power over vast distances – hundreds of miles – with no losses. By far it was the superior system. When Tesla was employed by Edison he tried to convince him of this; that AC was the future, and not DC. Edison however was totally unmoved. Indeed, due to this, and also a certain acrimonious incident with Edison personally, Tesla left his job with him to try to strike out on his own. It was a risky move. 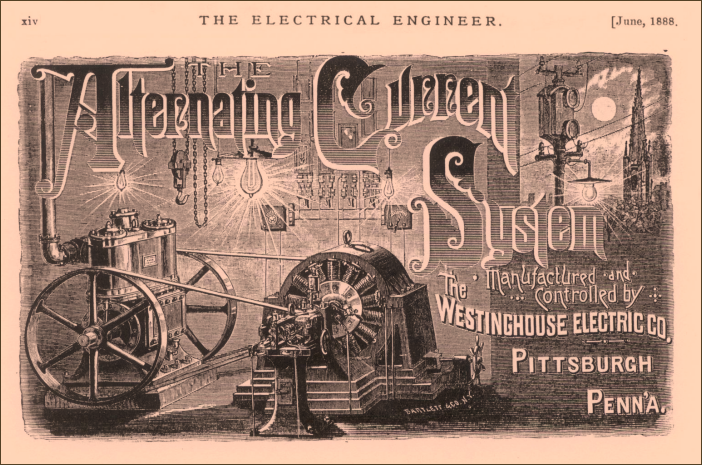 Initially Tesla was unable to find immediate work and had to resort to digging ditches for 2 years to earn an income. He still had full confidence in his ideas though, and formed the Tesla Electric Company in 1887 to exploit them. Several months later in November and December, 7 patents were filed by Tesla in the field of polyphase AC motors and power transmission, and in 1888, a year later, Tesla produced a now classic paper entitled “A New System of Alternating Current Motors and Transformers,” to introduce his new ideas to the world. This caught the eye of a very prominent industrialist of the time, one George Westinghouse.

With news then spreading of the superiority of the AC system developed by Tesla over Edison’s DC system, Westinghouse secured a licencing agreement with Tesla for use of his patents. In total Tesla was paid $60,000 US dollars and given 150 shares of stock, with a royalty of $2.50 for every horsepower that was generated by his AC motors. In addition to this Tesla was also paid a sum of $2000 per month to work for Westinghouse. At the time, the money Tesla received essentially made him a millionaire in terms of present-day standards. Indeed, adjusted for inflation, $60,000 dollars alone is the equivalent of $1.4 million dollars today.

In the years that followed going into the early part of the 20th century, Tesla’s AC system gained active supremacy over Edison’s DC system as a means of transporting power over a grid network through-out the United States. Tesla even set the standard for the frequency of the system at 60 cycles per second (60 Hz), based upon a three phase system of 240 volts. This differed significantly from the DC system of Edison, which itself made use of only 110 volts. Under Tesla’s system though three distinct alternating currents were employed, each being slightly out of phase from one another. The effect being to smooth out any disruptive variations in voltage that occurred with AC electricity. Tesla calculated that a 60 cycle per second frequency was simply the most effective to employ, and to this day it remains as the frequency standard for the whole of the United States. One may note though that the voltage of the system was dropped from 240 to 120 for reasons of safety.

With the successful spread of Tesla’s AC system, his work then progressed into new and diverse areas. Now being in possession of a significant income, Tesla was able to funnel some of his own money into more advanced research projects, although he did still command the attention of other major backers in addition to Westinghouse. These included J. P. Morgan, John Jacob Astor, Lord Rothschild, and W. K. Vanderbilt.

Close then to the turn of the century in 1899 funds were gathered together to allow Tesla to construct a new laboratory in Colorado Springs on the site of Knob Hill. This was the site at which Tesla would conduct a series of ground breaking experiments with electricity, to explore just how it might be possible to generate and distribute power wirelessly on a grand scale, far beyond what had so far been conceived of.