The Outer Darkness - The Great Dragon Swallowing its Own Tail 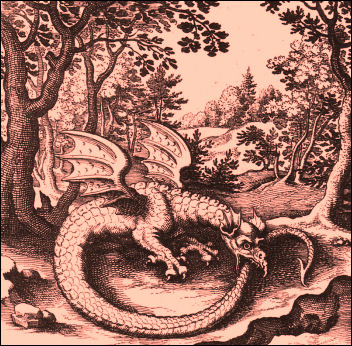 The Outer Darkness is a realm of great torment that departed souls flee to upon death having failed to receive The Mysteries of the godhead whilst in life, as revealed by Jesus. It is the outermost region of extension from the godhead itself – which is the very source of all being. Within the Bible there are just three conspicuous references to be found concerning the Outer Darkness, all of which are contained within the Gospel of Matthew. The general description as given is that of a place of “weeping and gnashing of teeth.” A rather coded reference to its nature. Most assuredly though it is a place of extreme punishment, held in reserve for those who in life are guilty of the most heinous transgressions against natural law. Such souls upon death, lacking the light of The Mysteries of Heaven, are devoured by the Dragon, which is the Outer Darkness.

The Secret Teachings Of Jesus Concerning The Outer Darkness

Though there is little information concerning this realm within the Bible, a treasure trove of material is to be had were one to consult the esoteric literature. Herein one may reference a work of great importance: the Gnostic text commonly referred to as the Pistis Sophia (Translation: Pistis = Faith; Sophia = Wisdom); an ancient manuscript some 346 pages in length, estimated to date back to between the third and fourth centuries A.D. 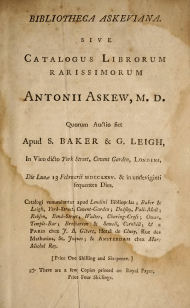 Written in Coptic - the latest stage of the Egyptian language – the Pistis Sophia only recently came to light in the modern age after being purchased from a London bookseller for the sum of £10. 10. 0’ by one Dr Askew in the late 18th century. Following this, the book was then later acquired from the heirs of Dr Askew by the British museum in 1785, thereafter being classified as the ‘Askew Codex’. Prior to being obtained by Dr Askew himself, the history of the manuscript going back to the time when it was written is unknown.

The Outer Darkness within the Pistis Sophia

Within the Pistis Sophia many esoteric subjects are considered in great detail, including the essential ordering of the universe and the “Light Realms” that form its structure; all extending forth from the ineffable godhead. There is also an in-depth description of the fate of the souls of men depending upon their actions in life, and whether or not they had received The Mysteries Of The Kingdom Of Heaven upon their death.

Now the main figure within the Pistis Sophia is Jesus himself, who stands as the central authority figure surrounded by his closest disciples, granting them the opportunity to ask him any questions they wish concerning The Mysteries, including the ordering of the entirety, and of the physical laws governing sin itself. Intriguingly, the main questioner within the Pistis Sophia is Mary Magdalene, who from a reading of the text would indeed appear to be the wisest of Jesus’ disciples.

At the beginning of Chapter 126 within the work (G.R.S. Mead translation – 1925), Mary Magdalene questions Jesus very directly upon the matter of the Outer Darkness:

AND Mary continued again and said unto Jesus: "In what type is the Outer Darkness; or rather how many regions of chastisement are there in it?"

And Jesus answered and said unto Mary: "The Outer Darkness is a great dragon, whose tail is in his mouth, outside the whole world and surrounding the whole world. And there are many regions of chastisement within it. There are twelve mighty chastisement-dungeons and a ruler is in every dungeon and the face of the rulers is different one from another."

Following this Jesus goes on to provide the names of each of the 12 rulers, and also to describe their authentic faces. In order, they are as follows:

In addition to the information provided concerning the names and faces of the rulers, Jesus gives further details on the character of the 12 dungeons themselves:

"And the dragon of the Outer Darkness hath twelve authentic names on his doors, a name on every one of the doors of the dungeons. And these twelve names are different one from another; but the twelve are one in the other, so that he who speaketh one name, speaketh all. These then will I tell you at the expansion of the universe. Thus then is fashioned the Outer Darkness, – that is the dragon."

Following this description, Jesus further notes that each of the 12 dungeons has a doorway opening upwards, and that standing watch over them there is an angel of the height to ensure that the rulers of the Outer Darkness do not a mutiny.

Now of the souls that flee the body upon death that are led into the realm of the Dragon, one may note that they do not enter into the dungeons through the 12 noted doors, but rather in a different way. This is explained by Jesus in the Pistis Sophia as follows:

“No soul at all will be led into the dragon through these doors. But the souls of the blasphemers and of those who are in the doctrines of error and of all who teach doctrines of error, and of those who have intercourse with males, and of those stained and impious men and of atheists and murderers and adulterers and sorcerers - all such souls then, if while still in life they do not repent but remain persistently in their sin, and all the souls which have stayed behind without, that is those which have had the number of the circuits which are appointed them in the sphere, without having repented - well, at their last circuit will those souls, they and all the souls of which I have just told you, be led out of [?] the jaws of the tail of the dragon into the dungeons of the Outer Darkness.

The Ultimate Fate of the Souls Within the Dragon

The ultimate fate of those that find themselves within the Dragon of the Outer Darkness is absolute annihilation; being dissolved and made non-existent forever. It is important to realise though that this fate is not to be had the very moment a soul enters into the Dragon. Rather, such soul annihilation occurs only when the Outer Darkness itself as a region is destroyed, wherein at such time those souls that are presently trapped within it are themselves destroyed. It is a destruction of both the prison and its prisoners, all at once.

The event is said to occur at some time far-off into the future, when there is a general ‘correction’ of the universe itself.

To understand this more fully, it would be well to note that Gnostic thought regards the material realm inhabited by man as one that was created as a result of cosmic error. Constituting one of the lower realms in the order of creation, the domain of man is set well apart from the pure spiritual realms above it.

The Ordering Of The Totality

Within the Pistis Sophia (1925, G.R.S. Mead translation) a list is given of the complete hierarchy of the Light Realms in the introduction to the main text. Such is reconstructed from the dialogue of the manuscript itself. In order, they are as follows:


"Not only are [the chastisements of The Outer Darkness] more painful compared with all the chastisements of the judgments, but all the souls which are led into that region, will be frozen up [?] in the violent cold and the hail and exceedingly violent fire which is in that region, but also at the dissolution of the world, that is at the ascension of the universe, those souls will perish through the violent cold and the exceedingly violent fire and be non-existent for ever."

Following this, Mary Magdalene further inquires about the “intensity levels” of the punishment dealt out in the various realms:

Of the degrees of the fires of the chastisements. The Saviour answered and said unto Mary:

"Amēn, I say unto thee: The fire in Amente is nine times fiercer than the fire in mankind.

“And the fire in the chastisements of the Great Chaos is nine times more violent than that in Amente.

The Solution to the Mystery of the Dragon

In coming to understand the true meaning of the Outer Darkness, it is important to grasp the essential point that the Pistis Sophia as a work is primarily concerned with transmitting to the reader certain highly advanced physical knowledge pertaining to the functioning of the universe as a whole. This knowledge is not restricted to the mere structure of the universe, but extends also to the very Fate of man within its confines.

Make no mistake. The Outer Darkness is not “symbolic” of some human condition or psychological state. It is a very real realm. Now Jesus, in seeking to describe it, states that its character is that of a Dragon swallowing its own tail. Not only this, he also notes that there are 12 major sub-regions that compose the Dragon i.e. the 12 mighty chastisement dungeons. Moreover, the domain itself has a fundamentally different level of intensity in terms of its “fire” compared to other noted “light realms;” even the Kosmos wherein man himself resides.

But just what is to be made of all this?

In order to make sense of it one needs to understand the fundamental physical process by which matter itself comes into being within the universe, and indeed, how it also withdraws from the universe. Now if there is one man of the modern era that would appear to hold the key to the solution to the mystery of the Dragon of The Outer Darkness, that man is Walter Russell.

Next: Walter Russell & The Secret Physics of The Dragon