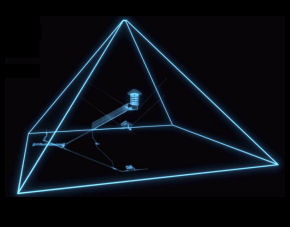 It would appear that a new discovery has been made concerning The Great Pyramid of Giza in Egypt. This is the result of a very elaborate scan of certain key sections of the pyramid. In this case, a scan involving Muon particles. A special type of particle created in the upper atmosphere, which fall to the Earth close to the speed of light.

This specific type of particle can easily pass through solid matter with little interaction. Employing Muon particles then, a research team has been able to scan the interior of The Great Pyramid at certain key sections, revealing what would appear to be two highly significant voids, previously unknown.

The first void, or cavity, would appear to be close to the entrance to The Great Pyramid. In this instance, it only stretches horizontally, several feet also, as detailed. 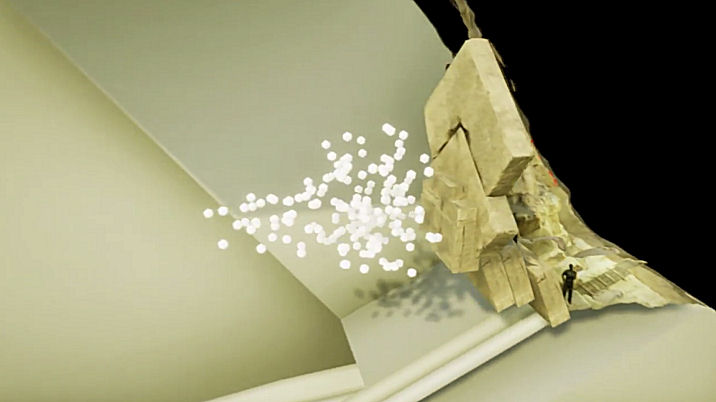 More interesting than this however, is another cavity far larger. In this instance, it is located far more central to The Great Pyramid, somewhat above the ‘Grand Gallery Section.’

Now the results of the test are not perfectly sharp, in the sense that the orientation of the cavity is not known with absolute precision. In terms of size though, the cavity does indeed appear to be on par with the grand Gallery itself. To be sure, it is possible that as a section, it is aligned to the grand Gallery - essentially a second grand Gallery - seemingly cut off from any other known corridor section of The Great Pyramid. But then again, it may be somewhat horizontal. Various possibilities exist, as the scanning technology does not provide for a perfect solution as to the shape of the cavity.

To quote the team behind the discovery, made up of members of the Egyptian Ministry of antiquities, the University of Cairo, and the Heritage innovation preservation Institute:

“We don't know if it is horizontal or inclined, if it is composed by one or several successive structures, but it's big.'

Mehdi Tayoubi, president and co-founder of the HIP Institute. Above: Possible cavity or void configurations based upon the Muon Scan

Now here indeed, the discovery does appear to be something of a mystery. That being said however, the key to understanding the significance of this hidden chamber may well be had by consideration of the discoveries and inventions of one Edward Kunkel.

A brilliant engineer of the early 20th century, Edward Kunkel was intrigued by The Great Pyramid of Giza and its functioning. Being an engineer, with an engineers eye Kunkel examined very carefully the diagrams as detailed the internal structure of The Great Pyramid, and saw in the internal passageways the design for a very elaborate pumping system. One that could generate immense energy by the manipulation of water.

Now certainly, many researchers to date have already detailed how The Great Pyramid - and also the Sphinx - appear to be connected to a series of underground reservoirs, which indeed is a critical factor when one considers the work of the pumping system as envisaged by Kunkel.

Herein then Kunkel devised a pumping system which he built and tested, based upon the internal structure of the passageways of The Great Pyramid, for which he even applied for a patent: A mechanism for producing an immense amount of force via water pressure.

One of the most intriguing aspects of Kunkel’s design is that when he built his prototype, as based upon The Great Pyramid, he stated that there must be at least one if not more internal Chambers of the pyramid as yet to be discovered, as would be critical to the operation of the pumping system.

Here one can see a diagram of Kunkel’s system: The diagram here details how Kunkel believed the water was manipulated within the internal Chambers of The Great Pyramid. As shown, one can see in the diagram the grand Gallery section of the pyramid itself, with another chamber leading off from it - a mirror to the Queen's chamber.

Yet one further chamber is also detailed, which indeed is critical to the whole process. This is shown top left.

One has to wonder then with respect to the new scanning of The Great Pyramid, if indeed the team have discovered one of the critical internal Chambers as identified by Kunkel, as would be necessary for it to operate as a device, in the manner of a ‘pumping system power plant,’ using water to achieve an extreme energy output.

Next: The Casing Stones Covering the Great Pyramid