The Pyramid Power Plant of Giza

The Great Pyramid of Giza - An Energetic Device of the Ancients

Over the past few decades the pioneering work of daring researchers has effectively destroyed the notion that The Great Pyramid was built as a tomb for an ancient Egyptian Pharaoh named Khufu. So too has been dismissed the idea that it was merely an artistic monument; a 'grand statement' as to the glory of an ancient culture. 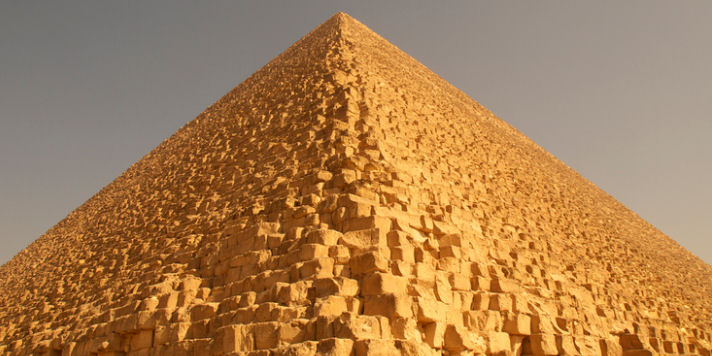 Indeed, in the light of modern science, following careful evaluation of both its global location and base size dimensions, powerful evidence has emerged to suggest that The Great Pyramid was originally built as an immense energetic device of some sort - a pyramid power plant so to speak. The very construction of this ancient megalithic monument would appear to have been governed by high science; the specific aim being to design a device to actively draw power from the earth itself via the physical principle of resonance.

Now in order to achieve this aim the builders of The Great Pyramid needed to consider very carefully both where to place the structure, and its key dimensions. Two requirements were essential:

Both requirements are absolutely essential for achieving a resonant interaction with the earth - what makes the structure a pyramid power plant in essence. Consider how they are achieved:

Sited most exactingly at 29 degrees, 58 minutes & 51 seconds of arc north of the equator, the structure is found to actively encode a mathematical ratio linked to the earth year via two key measures:

1) The sum of 4 ‘great circle' arcs linking up the 4 points of a square, as set inside the 'small circle' circumference of the earth, at the latitude of the structure.

Now in the previous article on The Great Pyramid, it was shown that under the most advanced earth ellipsoid model of the modern age (WGS84), a most remarkable ratio is to be had between these two noted components, as detailed: 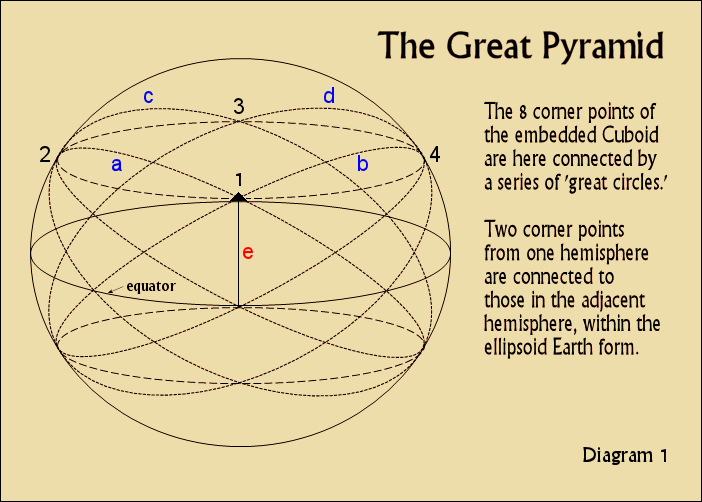 Consider the small circle at the latitude of The Great Pyramid split up into 4 sections, as marked by the points 1, 2, 3 and 4. Next consider these points linked by a series of great circles. Adding together the arc measures that connect up these 4 points i.e. a + b + c + d (in blue), and dividing the sum by the elliptical arc from the equator to the Pyramid (e, in red), one has the following:


Now one can see that the answer produced is exceptionally close to 10 times the value of the current earth tropical year, as divided by an ideal of 360 days:


There would thus appear to be a clear intention to encode a link to the earth tropical year in the placement of The Great Pyramid of Giza; one tied-in specifically to an intriguing transformation of the earth year.

Given this point, achieving the ratio of 10.14561638 between the two noted measures, would appear then to have been the governing principle that determined the latitude placement of the megalithic structure north of the equator. In addition to this however, it also helped the ancient builders fix the base size of the monument - a critical factor enabling it to function as a pyramid power plant via energetic resonance.

The Base Length of The Great Pyramid Derived

From the most recent survey taken in 1925 by J. H. Cole, the base side length of the pyramid was found to be just slightly under 756 feet. The value was derived from the average of the four sides as independently measured:


Now in terms of a margin of error one may in fact cite Sir William Flinders Petrie who conducted an earlier exhaustive survey of the structure in 1883. Petrie stated that in terms of accuracy, an error rate of some +/- 1 / 4000 of the base side length was to be expected in any measurement of the pyramid. And this is approximately equal to 2.26735 inches.


Now one can see here just how close this value is to precisely 14400. And indeed, one may cite Robert Temple (The Crystal Sun, p.418) that originally, The Great Pyramid in pristine condition possessed 144000 casing stones. Such is a merely a x10 multiple difference. Given this fact, one is bound to conclude that it is highly likely that the governing principle behind the chosen size of the structure, conformed to a ratio of 14400 / 1 between the noted latitude arc and the base side edge of the pyramid.

That being said, one may of course consider the accuracy of the association. Is the error within the tolerance as specified by Petrie? Well, it would appear so. For consider the following:

Significantly less than the error level of Petrie, at 2.26735 inches.


In view of this, one may have great confidence in the ratio 14400/1, as being the ratio that determined the actual size of The Great Pyramid of Giza.

Now it would appear then that both of the above noted relations allowed the builders to construct the pyramid to achieve an energetic harmonic linkage to the earth form via its orbital frequency; this being absolutely critical to allow it to function as a device drawing power from the earth through resonance. Indeed, it is well established in the physical sciences that an object can draw mechanical energy from another vibrating object if both possess vibrating frequencies that are in harmony with one another.

In like manner then, in a very sophisticated way, The Great Pyramid would appear to have been designed to tap into or capture the energy from the natural frequencies associated with the planet. Of course, in order to initiate such an energy capture the very structure itself must first be set into motion. 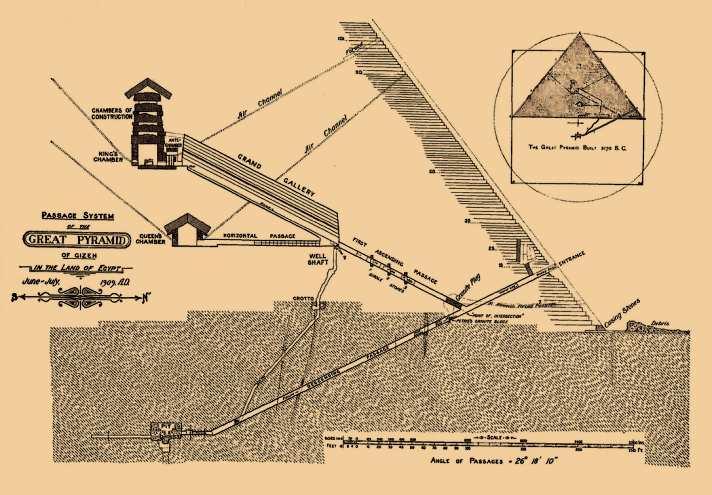 Now examined today this ancient monument stands simply as a massive stone edifice with a series of empty internal tunnel sections and chambers. However, as many researchers have noted, the design of the internal structure would appear to have been deliberately geared towards housing critical machinery.

One need only examine The Grand Gallery section of the pyramid to see this. The unusual height on this section is notable. And also the grooves running along its sides. It is very suggestive of some sort of massive cog running up and down this section of the pyramid, when 'operational'. Such machinery would thus have been employed to force the structure into a controlled vibration - one that would be in sympathetic resonance with the earth form. 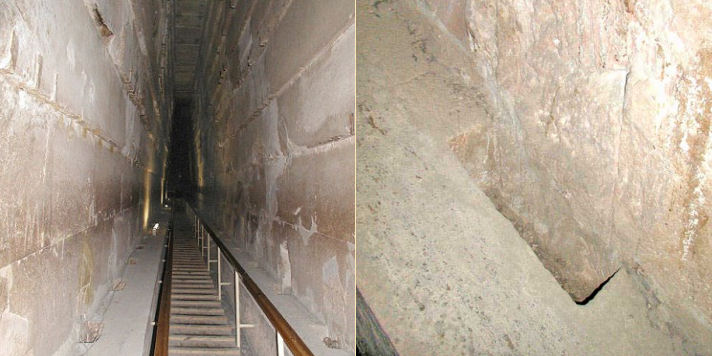 Now indeed, as a device, the pyramid power plant must at some point have been effectively decommissioned, with all the critical internal machinery removed. Only the stonework thus remains, even to this present day.

With the case set out then that The Great Pyramid was once capable of extracting energy from the earth via resonance, the very next point to consider is: What did they do with the energy? Such a question touches upon the very purpose behind The Great Pyramid of Giza - a matter as shall be dealt with elsewhere in a future essay.

Next: Secret Chambers within The Great Pyramid