The Occult - Knowledge of that which is Hidden, Secret or Concealed, esp. Arcane Knowledge 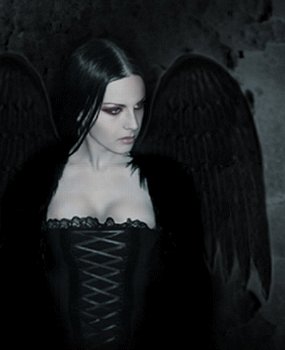 Simply defined the word Occult just means hidden, something that could apply to almost anything. The Occult however is a highly focused term; one that refers to a very specific body of well hidden knowledge sought by certain very inquiring minds. Indeed, occult knowledge concerns the very inner workings of nature itself at the most profound level, including the place of man within its framework.

Now admittedly, in the popular mind The Occult is synonymous with that which is evil; the practicing occultist generally being thought of as a strange solitary mystic; one intensely fascinated by arcane knowledge whilst oddly detached from the flow of the world. Indeed, the kind of individual one might be very wary of interacting with. Appearances (and stereotypes) aside however, the true seeker of hidden knowledge is almost always a very serious person, engaged in a very serious endeavour.

In their quest for esoteric knowledge the occultist may engage in any number of activities. The list below, though not exhaustive, does reveal a broad selection of some of the most noteworthy:

It is critical to note that some occultists will regard all of these activities and more ENTIRELY PERMISSIBLE in their quest for advanced arcane knowledge, whilst other occultists will ABSOLUTELY REFUSE to engage in certain types of activities.

The Acquisition of Occult Knowledge

The journey to acquire the secret knowledge of the ages involves the very transformation of one's being, which itself rests upon one's motives and the actions that flow from them. Indeed, the transformation is accomplished by the very means used to acquire knowledge, and the essence of the knowledge in question.

There are two types of knowledge one must consider: 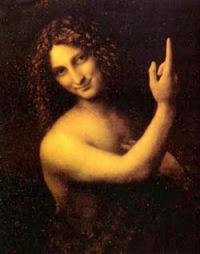 1) 'Book' knowledge - that obtained from learning; acquiring facts and figures for example. Such knowledge is allied to one's intellect.

2) Experiential Knowledge - that which is obtained from direct experience of something. Here, the word for knowledge in Greek is gnosis. To know something in this sense is to experience it.

Now seeking esoteric knowledge is indeed a dynamic process. It involves one's initial character and predispositions, capacity for intellectual contemplation, decision making, and the will as directs one to experience various states of being i.e. obtaining experiential knowledge (gnosis) of a transformative state.

In consideration of the list given above then, the Occultist - as a rational actor - would ask himself the following (intellectual) question regarding any given practice: If I do this; if I explore this area or experience this thing, will it purify, elevate or advance me, or will it pollute, contaminate or retard me?

This is a subtle point, and to explore it further one should consider the two sides or paths open to the initiate of The Mysteries. The Path of Darkness and the Path of Light.

The Dark Path of The Occult

Consider the existence of dark occultists who seek esoteric knowledge as a means to achieve power over others, and pleasure for themselves. To such men as these all things are permissible. Indeed, they hold to no concept of Divine Justice within the Cosmic Framework. Or if they do, they believe they can out maneuver it through the personal acquisition of power. The banner terms used to describe this philosophical outlook are Luciferianism and Satanism. 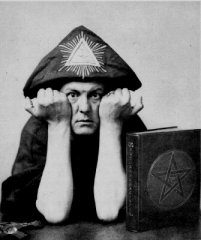 Arguably the most notorious occultist of the modern era to walk the dark path of The Occult was Aleister Crowley (image left). During his life he experimented to the extreme in many areas: ritual sex magic, consumption of drugs to reach altered states of consciousness, including complex ceremonial magic to open portals to other realms and to conjure demons.

The world view that one develops in life - most especially regarding what one believes will happen after physical death - is critical in guiding the actions of the occultist in his journey towards acquisition of esoteric knowledge. Certainly if one believes in 'oblivion' at death, then there will be no restrictions in life. The general philosophy will be one of 'might is right,' and all that matters is 'the will of the stronger' and the acquisition of pleasure and avoidance of pain.

Now there are those on the dark path that fully believe in the reality of an immortal soul that lives on after death. And yet still they do as they please, engaging in any occult practice they desire. Indeed, with the acquisition of occult power in life, many believe that they will attain a certain 'sovereignty' over the fate of their soul upon death. That being said, still others subscribe to the view that death itself is annihilation, and that there is no soul.

In general there are two types of people that hold to the Luciferian or Satanic outlook. The first, are those that are essentially atheistic and believe in no ultimate divine power - at least in the Judeo-Christian sense. They simply see the universe as an arena of forces that they can manipulate at will using the occult knowledge they have gained pertaining to their operation. All of their rituals are geared towards harnessing such forces to achieve their desires.

The second outlook is one wherein there is an acceptance of the reality of Satan as an actual entity. The term devil worshippers is perhaps most apt to describe this class of occultists. Herein there is a sense of worship or of alliance with other worldly beings; the desires of the occultist being furthered through special communication with such entities via elaborate rituals. Indeed, a certain portion of committed Satanists do believe an actual pact with Satan will secure their protection in his realm, that they will surely enter upon death. In being a faithful servant to Satan upon Earth, they will be rewarded in Hell with the role of a 'prison guard,' as opposed to being a prisoner. (Assuming Satan can be trusted).

In summation, regardless of some of the differences in various types of Luciferianism or Satanism, the essential point to focus on is the ethical framework of the whole paradigm. The grand ethical stance of this outlook is what defines it. Understanding this is decisive in grasping the core of the dark path of The Occult.

The Occult Path of Light 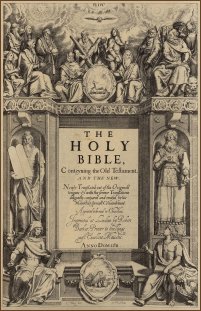 It is almost ironic that the occult path of light is far more difficult to explain than the path of darkness. With the latter, there are no restrictions on behaviour as such. The path of light however does involve restrictions. From a Christian perspective one may cite a line from the Bible whose surface level meaning encapsulates this point:

"Enter ye in at the strait gate: for wide is the gate, and broad is the way, that leadeth to destruction, and many there be which go in thereat." (Matthew 7:13).

Love of the Divine and love extended towards all others is key to this path. It is the guiding principle. And here recognition is given to the reality of Divine Justice within the Cosmic Framework. In their search for esoteric knowledge the occultist on the path of light will exercise great care in how they interact with both their fellow men and with the spiritual world itself.

Study of the ancient mysteries is of course a given, but that said, there will be extreme contemplation in deciding just which spiritual experiences one should acquire i.e. gnostic experiences.

In many schools of thought allied to the path of light, there will be an almost outright prohibition on taking any types of psychoactive substances as a means to explore the spiritual realm. Indeed, such artificial means as these are held to be very dangerous; plunging the initiate into the spirit world unprepared.

Moreover, there is also the suggestion that such experiences retard the journey of the soul; affecting its upwards progression over several lifetimes. That being said, certain controlled mental techniques properly developed within the initiate to interact with other realms do tend to be allowable. Remote viewing would be one example.

On a related matter, one may consider also the practice of attempting to communicate with the souls of the dead. Indeed, the whole 'Spiritualist Movement' whose primary focus is upon this very activity is eyed with extreme suspicion. Indeed, it is held by some to be potentially very dangerous on a number of levels.

The first thing to note is the danger to the departed soul. For one that has passed away from the realm of life, forcibly dragging them back into the 'circle of a spiritualist medium' is an extreme violation of the soul - even damaging it in its journey. If one truly wishes communication, then one must ascend to the region of the soul they seek, and not the other way around.

The other point to note is that Spiritualism can lead to communication with malevolent entities. Indeed, certain beings feed off of the tense atmosphere and fear present at such circles. An initiate on the path of light will be very wary about association with such groups, and most especially will never seek to allow their vessel to be a container for another entity.

What precise path one navigates to obtain esoteric knowledge and uncover the ancient mysteries of the past must be carefully considered. What knowledge acquired and what knowledge experienced elevates and advances the soul, and what retards it and leads to ruination?