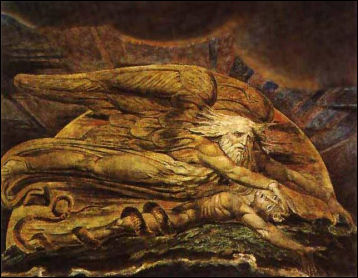 Much has been written of late about religious cults and of cult leaders in the New Age Movement; special gurus seeking to enlighten others with their teachings. Invariably this topic does tend to focus on the dark side to seeking out occult knowledge.

What groups does one associate with?
Is one being led astray?

Whereas these are very good questions in terms of the corruption of one's soul, there is another angle to consider that is often overlooked concerning various religious cults: the danger of distraction and detachment from the world.

One of the most fascinating interviews ever to touch upon various religious cults and their place within society involved a former KGB propagandist by the name of Yuri Bezmenov. During the 1980s he related the thoughts of Soviet Russia concerning various new age groups, and how they might be manipulated to further socialist propaganda abroad.

Yuri Bezmenov himself was born in 1939, being the son of a high-ranking army officer within the Soviet Union. In the 1960s his career was as a KGB propaganda operative. Invariably this involved ‘wining and dining’ various ‘useful idiots’ from the West in extremely controlled settings within the USSR, so that they would go back and write favourably about the glories of the socialist system in Russia.

After his graduation in 1963 he had a posting to work for the Soviet embassy in India, where he developed a great love for the country and its deep history. From his experiences though, and the corruption he directly participated in, he eventually became disillusioned and defected to the West 1970. 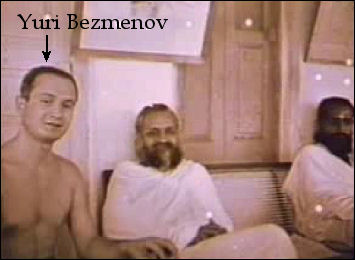 Because Bezmenov was tasked with promoting the Soviet system and destabilising the West, the KGB was very much interested in all kinds of methods of ‘dumbing down a population’ so to speak, and of detaching them from the real-world challenges of their society, especially those of a political nature.

An examination of religious cults was thus something of great interest to the KGB. Indeed, such cults, and the perpetuation of the whole new age system itself was seen as something very beneficial to Soviet Russia.

Were such to be spread throughout the West it was thought that it would greatly help to accelerate the deterioration of Western culture leading to a Marxist-socialist revolution.

In an interview with Edward G. Griffin, Bezmenov made certain intriguing statements regarding an Indian guru that he became associated with, to study just how such religious systems could be exploited for propaganda purposes. In his own words:

The KGB was even curious about this gentleman (It may look innocent): Maharishi Mahesh Yogi (image, above left with Bezmenov), a great spiritual leader, or maybe a great charlatan and crook, depending on from which side you are looking at him. [The] Beatles were trained at his ashram in Haridwar in India [in] how to meditate; Mia Farrow and other useful idiots from Hollywood visited his school and they returned back to [the] United States absolutely zonked out of their minds with marijuana, hashish, and crazy ideas of meditation.

To meditate, in other words, to isolate oneself from the current social and political issues of your own country, to get into your own bubble, to forget about [the] troubles of the world—obviously [the] KGB was very fascinated with such a beautiful school, such a brainwashing center for stupid Americans. I was dispatched by the KGB to check [into] what kind of VIP Americans attend this school.

Now certainly techniques like meditation can be quite beneficial and healthy for the body. There is scientific evidence to this effect. That being said, it is important to realise just what Bezmenov is saying more broadly upon the issue of the whole new age movement. Whether one is associated with a religious group that is ‘real’ or ‘fake,’ the key point is, that there is a danger that one can be drawn into becoming detached from the world. From a political standpoint this was of great interest to the KGB.

Bezmenov even goes on to say something about the financial costs of certain schools. Indeed, there are many religious organisations or ‘mystery cults’ that on the face of it do seem like financial scams. (Obviously though, when it comes to fees, what is exorbitant, and what constitutes ‘value for money,’ is in the eye of the beholder).

Concerning Maharishi Mahesh Yogi specifically, Bezmenov says that whereas he does not know the authenticity of the man from a spiritual perspective, there is a danger associated with such groups per se in terms of how they can affect a wider society, were they to become prevalent. Here the ex-KGB propagandist relates the following:

I was trying to get enrolled in that school. Unfortunately Maharishi Mahesh Yogi asked too much; he wanted 500 American dollars for enrollment. But my function was not actually to get enrolled in this school. My function was to discover what kind of people from [the] United States attend this school. And we discovered that yes, there are some [members of influential families], public opinion-makers of [the] United States, who come back with the crazy stories about Indian philosophy.

Indians themselves look upon them as idiots, useful idiots, to say nothing about [the] KGB who looked upon them as extremely naïve, misguided people. Obviously, a VIP, say a wife of a Congressman, or a prominent Hollywood personality, after being trained in that school, is much more instrumental in the hands of manipulators of public opinion, and [the] KGB, than a normal person, who understands, who looks through this type of fake religious training.

Meditation is one thing, but becoming detached almost entirely from the social world in which one lives can be a danger. On this, Bezmenov further notes:

Because, you see, a person who is too much involved in introspective meditation, you see, if you carefully look [at] what Maharishi Mahesh Yogi is teaching to Americans, [it] is that most of the problems, most of the burning issues of today, can be solved simply by meditating. Don’t rock the boat, don’t get involved. Just sit down, look at your navel, and meditate. And the things, due to some strange logic, due to cosmic vibration, will settle down by themselves.

This is exactly what the KGB and Marxist-Leninist propaganda want from Americans. To distract their opinion, attention, and mental energy from [the] real issues of [the] United States, into [non-issues], into a non-world, non-existent harmony. Obviously it’s more beneficial for the Soviet aggressors to have a bunch of duped Americans than Americans who are self-conscious, healthy, physically fit, and alert to the reality.

Maharishi Mahesh Yogi obviously is not on the payroll of the KGB, but whether he knows it or not, he contributes greatly to [the] demoralization of American society. And he is not the only one. There are hundreds of those gurus who come to your country to capitalize on [the] naïveté and stupidity of Americans. It’s a fashion. It’s a fashion to meditate; it’s a fashion not to be involved.

So obviously you can see that if [the] KGB were that curious, if they paid [for] my trip to Haridwar, if they assigned me to that strange job, obviously they were very much fascinated. They were convinced that that type of brainwashing is very efficient and instrumental in [the] demoralization of [the] United States.

By way of an ex-KGB propagandist, it seems then that there is an important message to be had concerning one's association with various religious groups, be they thought of as religious cults or not.

There is the danger that one can become severely detached from the world at large to an abnormal level. It is not just that one might become enamoured by a charismatic cult leader of some sort, though certainly that is a danger. But it is rather that a person may suffer an individual failure by directing one's life too much to an abstract pursuit; a strange existential ideal or state of being; especially if a person takes psychoactive drugs to achieve it. It is an important warning.

The full interview from which the above quotes were taken can be seen in the following embedded video. The time range of the key sections that are quoted is from 49:55 to 54:09.